ID notes: Euonymus alatus can easily be distinguished in winter condition from two native species that develop corky wings on the twigs. Euonymus alatus has opposite leaves (and therefore opposite branching), the wings are sometimes four in a particular stretch of twig (rather than two, or irregular), the wings are very 'geometric', with squared off, quadrate ends, and the smaller twigs are green and moderately fine. Ulmus alata has alternate leaves (and therefore alternate branches), usually 2 thinnish wings, irregular ends and margins of the wings, and fine smaller twigs that are greenish to tan or brown. Liquidambar styraciflua has alternate leaves (and therefore alternate branches), irregular corky outgrowths that often are not particularly wing-like, and greenish to bronze moderately thick twigs. 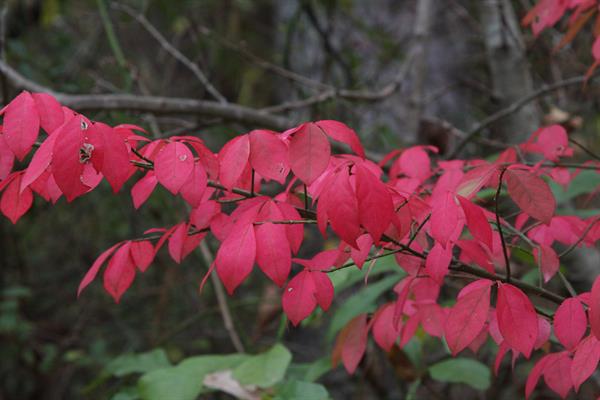 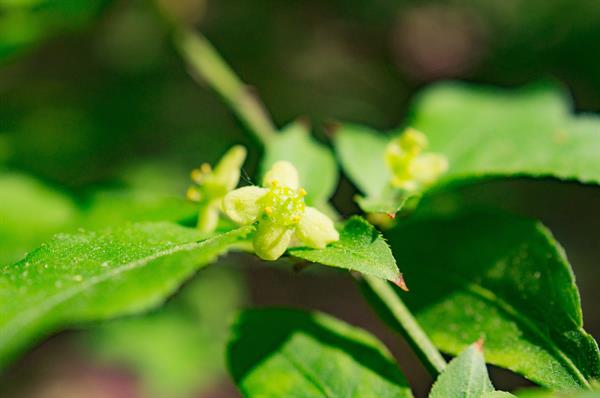 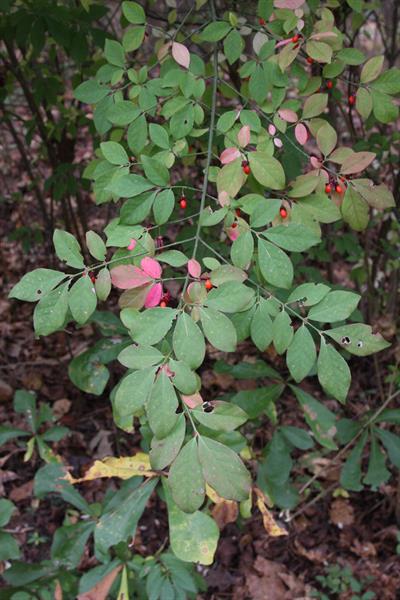 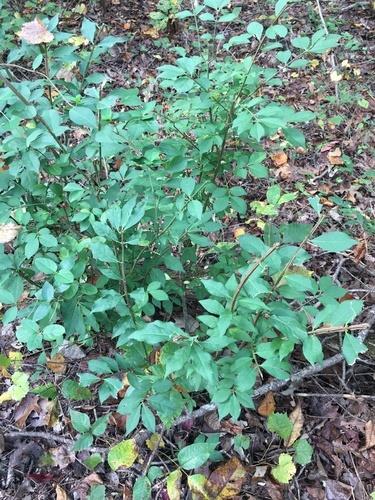