A genus of ca. 500 species, herbs, cosmopolitan. Here circumscribed to include Asperula, Cruciata, and Sherardia, following an analysis by Soza & Olmstead (2010) that shows the genera Galium, Cruciata, and Sherardia each to be paraphyletic relative to one another, if circumscribed as traditionally. Other solutions are possible, including the recognition of these genera and segregates of them, including the dispersal of Galium into two or more genera; this approach has recently been suggested by Ehrendorfer & Barfuss (2014). Interestingly, the number of leaves per whorl appears to be a more fundamental character than those (such as tubular corollas) used to separate genera in the past.

ID notes: The whorled “leaves” are apparently evolutionarily derived from stipules, but are nonetheless here termed “leaves”. The clades mentioned in the keys are those delineated in Soza & Olmstead (2010). 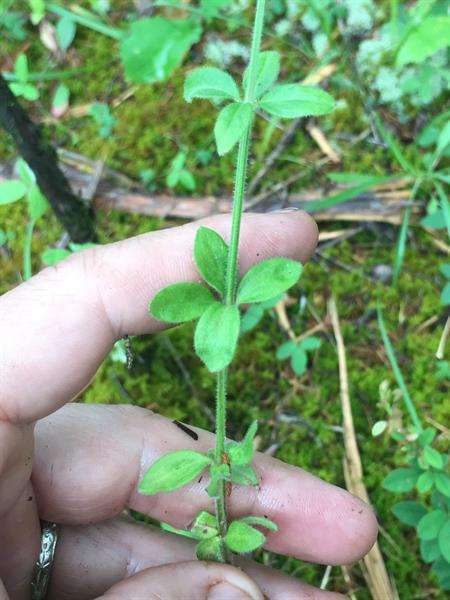