A genus of approximately 150-200 species, perennial herbs, shrubs, and trees, widespread in the Americas from s Canada to Patagonia, Argentina, which originated in southern South America and eventually spread to North American arid regions; subsequently occupied edaphically xeric regions of the eastern US (sandy soils, rock outcrops, saline soils, etc.). The genus represents the most widespread taxon in all of Cactaceae. Hybridization and polyploidization are common in this clade. Economically important, numerous species have been introduced worldwide as forage for livestock, as well as for ornamentals and agricultural products.

ID notes: Opuntia species are notoriously difficult to identify and are best-identified using live material with information regarding population morphological variation. Three-dimensional characters are most often lost in dried herbarium specimens, which make their identification using those materials more problematic. Opuntia ellisiana Griffiths is commonly planted as an ornamental in n. FL but is not covered here, as no escaped populations are known. Opuntia santa-rita (Griffiths & Hare) Rose, purple prickly pear, is sometimes planted as an ornamental in the eastern United States. Various additional cultivated species may be encountered and may weakly naturalize. 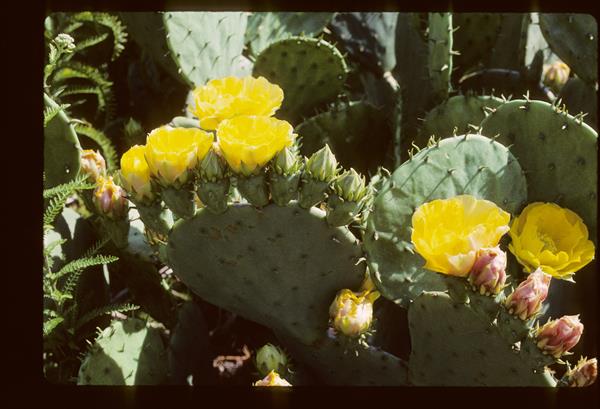