A genus of about 200 species, largely of the temperate northern hemisphere, extending south into tropical Central America and tropical se. Asia. The genus is very diverse, and has sometimes been split into separate genera in the past and may warrant that. We here follow Efimov (2016) in (for now) retaining a broad Platanthera, and also agree with his uncertainty that that is the best course. "These clades are accepted as subgenera: Platanthera, Tulotis, Limnorchis, Blephariglottis and Fimbriella. This is a first classification of genus Platanthera into subgenera; the former authors either divided genus Platanthera into sections or split it into several genera (as discussed in more detail in the previous chapter). I think that subgeneric rank is more appropriate here than sections, because the discriminating differences between the groups (in gynostemium, lip and tuberoids) are clear. Comparable differences in tribe Orchideae are often used to discriminate between widely accepted genera. Also, it should be noted that the general habit of some subgenera is so clearly different that I feel myself not finally comfortable to accommodate them in one genus. Phylogenetic data also do not present arguments against this: existing data reveal that all subgenera are monophyletic groups with high support...". Our species fall into all five subgenera recognized by Efimov (2016), and an additional section: Subgenus Platanthera section Lysias: hookeri, macrophylla, orbiculata Subgenus Limnorchis: aquilonis, dilatata, huronensis Subgenus Tulotis: flava, herbiola Subgenus Fimbriella: grandiflora, lacera, leucophaea, peramoena, praeclara, psycodes, shriveri Subgenus Blephariglottis section Blephariglottis: blephariglottis, chapmanii, ciliaris, cristata, conspicua, integrilabia Subgenus Blephariglottis section Gymnadeniopsis: clavellata, integra, nivea

ID notes: First generation hybrids are frequent and are not keyed; they are generally intermediate in characters and are found in mixed populations of the two parents. 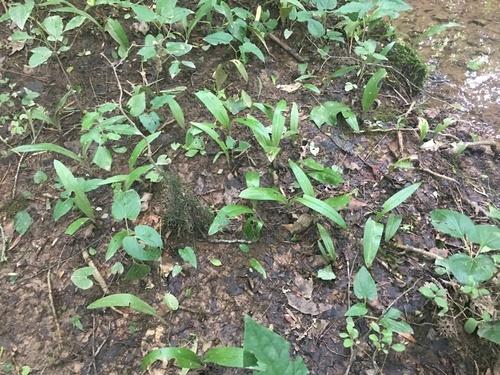