Tsuga canadensis (Linnaeus) Carrière. Eastern Hemlock, Canada Hemlock. Phen: Mar-Apr; Sep-Nov. Hab: In a wide variety of habitats in the mountains, most typically and abundantly in moist sites in ravines or coves along streams, but likely to be found in all but the driest habitats between 300 and 1500 m (even occurring in peaty bogs, where it has a sickly yellow color and short life expectancy); in the western Piedmont of NC limited to progressively rarer microhabitats (primarily north-facing river bluffs), reaching its eastward limit in NC at a disjunct stand at Hemlock Bluff State Natural Area, Wake County (but uncommon in the Piedmont of VA and even present, though rare, in the Coastal Plain of VA). Dist: Widespread in ne. North America, south to w. and c. VA, w. and (rarely) c. NC, nw. SC, n. GA, n. AL, TN, KY, IN, WI, and MN. 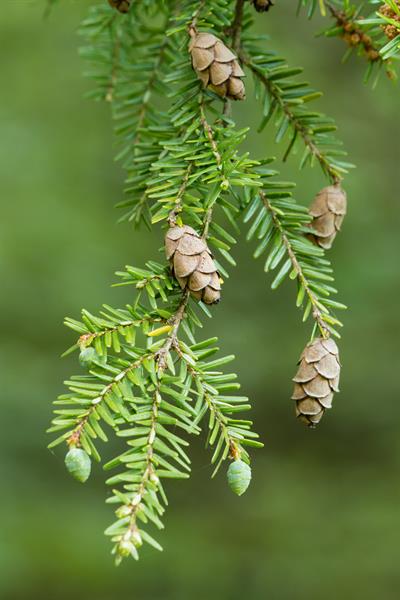 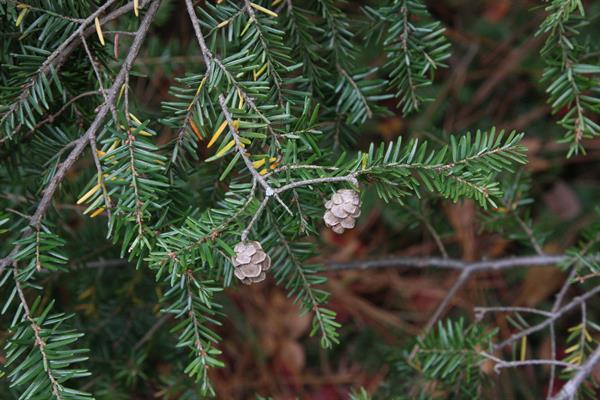 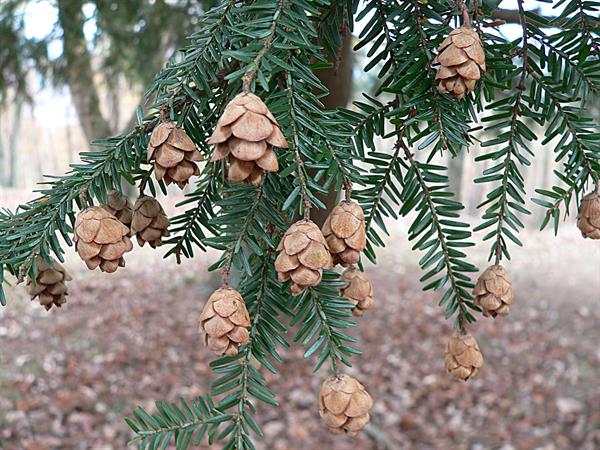 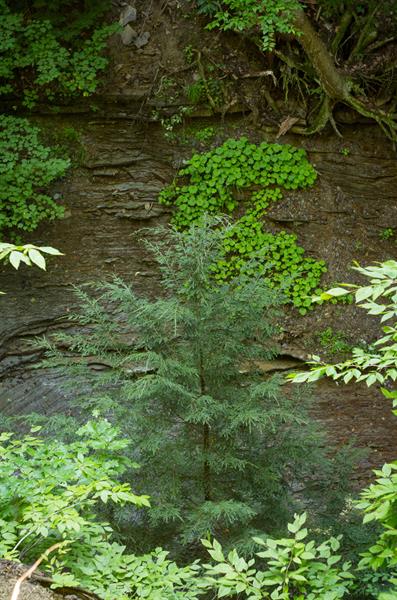 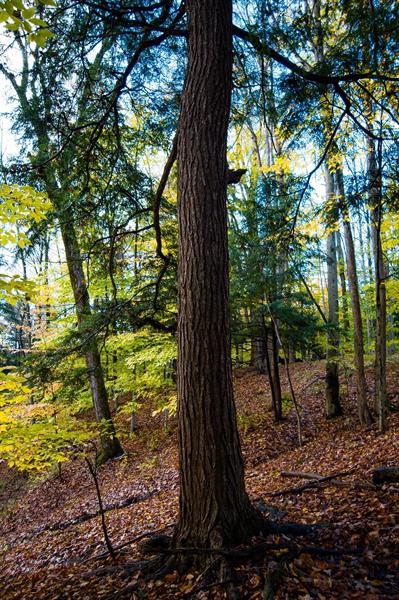