ID notes: "The attractive white corollas, usually with 7 petals united only at the very base, are open in the late spring and they drop intact – like fallen stars" (Voss 1996). This species can be recognized by its terminal whorl of leaves (4-10 cm long), the one to several white flowers borne on terminal, slender pedicels, each flower typically with 7 petals (inconspicuously united at the bases), each petal acuminate. 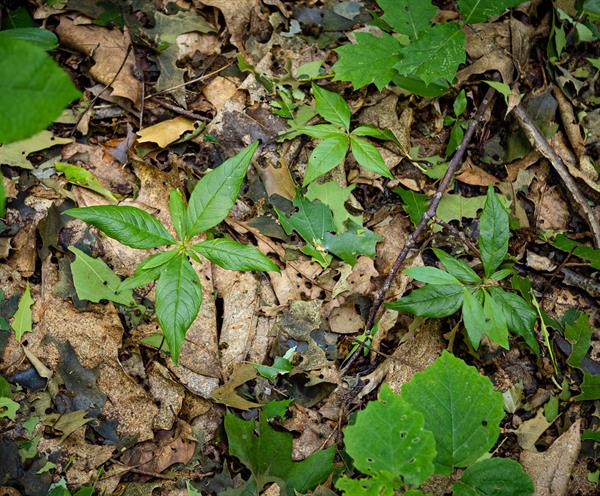 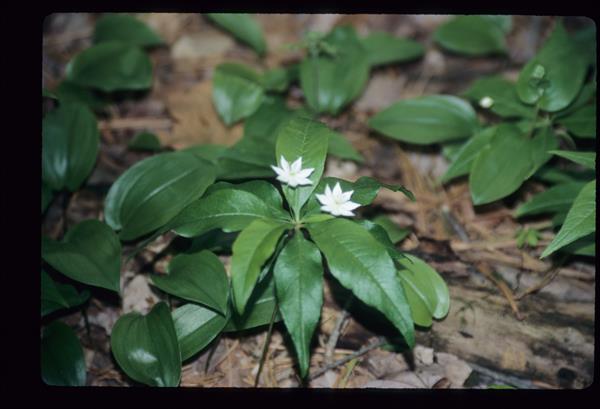 © J.W. Hardin [image randomly selected]
We don't have a lot of photos of Trientalis borealis yet. If you have a good photo you'd like to share, please send it to us. Thanks for your contribution!