A genus of about 100 species, parasitic, achlorophyllose herbs, nearly cosmopolitan. Variously treated as a monogeneric family, or as a component of the Convolvulaceae; Neyland (2001) and Stefanović, Krueger, & Olmstead (2002) provide molecular evidence for the treatment of Cuscuta as a derived member of Convolvulaceae. Hadač & Chrtek (1970) suggest that Cuscuta should be separated into 4 genera based on chromosome number, morphology, and distribution; if followed, all our native species would be in Grammica, with Cuscuta s.s. and Monogynella represented by a few introduced species.

ID notes: Corolla measurements are from the base to the sinuses of the corolla. The infrastaminal scales are transparent structures at the base of the stamens. 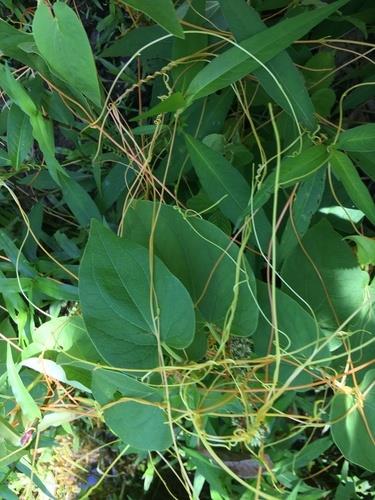