A genus of ca. 500 species, shrubs, lianas, and small trees, semicosmopolitan (centered in e. Asia and Malesia, absent from Australia). Vaccinium in our area is divided into 6 strongly differentiated sections, sometimes, as by Small, treated as separate genera. The taxonomy of Vaccinium remains unclear at all ranks (genus, species, infrataxon); divergence of opinion is obvious in the synonymy. For instance, Small (1933) recognizes 6 genera and 25 species for our area, Ahles in RAB (1968) recognizes 1 genus and 14 species (one with 2 varieties) (not including VA), and Vander Kloet (1988) recognizes 1 genus and 9 species. The highbush blueberries of section Cyanococcus are particularly difficult. Vander Kloet's extremely broad concept of the highbush blueberries as consisting of a single species, V. corymbosum, including V. fuscatum (V. atrococcum – RAB), V. simulatum (“V. constablaei” – RAB), V. virgatum (V. amoenum – RAB), V. elliottii, V. formosum (V. australe), and V. caesariense (and many other named taxa not recognized here) has been adopted by some recent authors, at least partly for its ease of application. I agree with Godfrey (1988), though, that V. elliottii has “such distinctiveness as to be recognizable in the field at a glance”. The other taxa are less easily recognizable, but seem to have substantial morphological and phytogeographic integrity. The fairly frequent presence of hybrid individuals and populations can make identification frustrating, but I agree with Ward (1974) that “the genus Vaccinium ... is difficult but not in any way an irresolvable tangle of intergrading populations. The vast bulk of individuals encountered in the field may be assigned, as with any non-apomict genus, to a relatively few, discrete, and wholly recognizable species”. Many of the taxa included in V. corymbosum by Vander Kloet (1988) and Luteyn et al. (1996) occur together in combinations of two to four, are immediately recognizable in the field, bloom at different times, and have different flower, fruit, and leaf morphology. Failure to recognize multiple entities within the highbush blueberries results in the taxonomic homogenization of the diversity of the group and obscures important phytogeographic patterns. Our area, with 20 species (24 taxa) in 6 sections, has a greater diversity of Vaccinium than any other comparably sized area in North America. 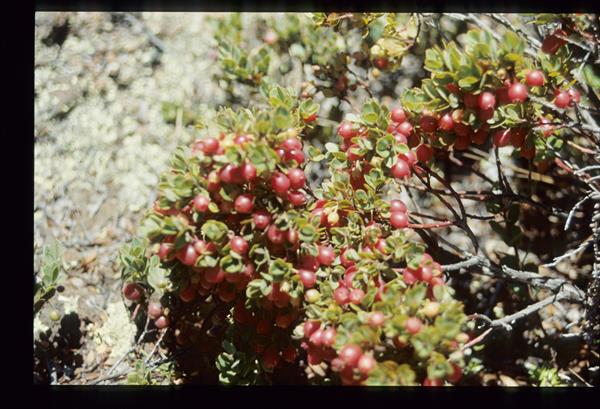